Mr. Wallace So, a decorated documentary producer and Senior Lecturer of Chu Hai College of Higher Education, praised the participating students’ team efforts and skills. He encouraged students to be more direct and focusing when producing documentaries and advised them to hone their story-telling and diegetic skills.
TheCaritas“NewMedia”project(PhaseII), fundedbyHongKongJockeyClub,formallykickedstartinApril2019,invitingsecondaryschoolstudentstotakepartinthisshortfilmcompetitioninanattempttopromotethegeniuslociofTuenMunDistrictandcultivateyoungpeople’ssenseofbelongingandunderstandingofthecommunity.

Three students from the Department of Journalism and Communication (JCC programme) of Chu Hai College of Higher Education were “Little Tutors” who helped the participating secondary students create their short films from pre-produce to post-production works.

(From left to right) 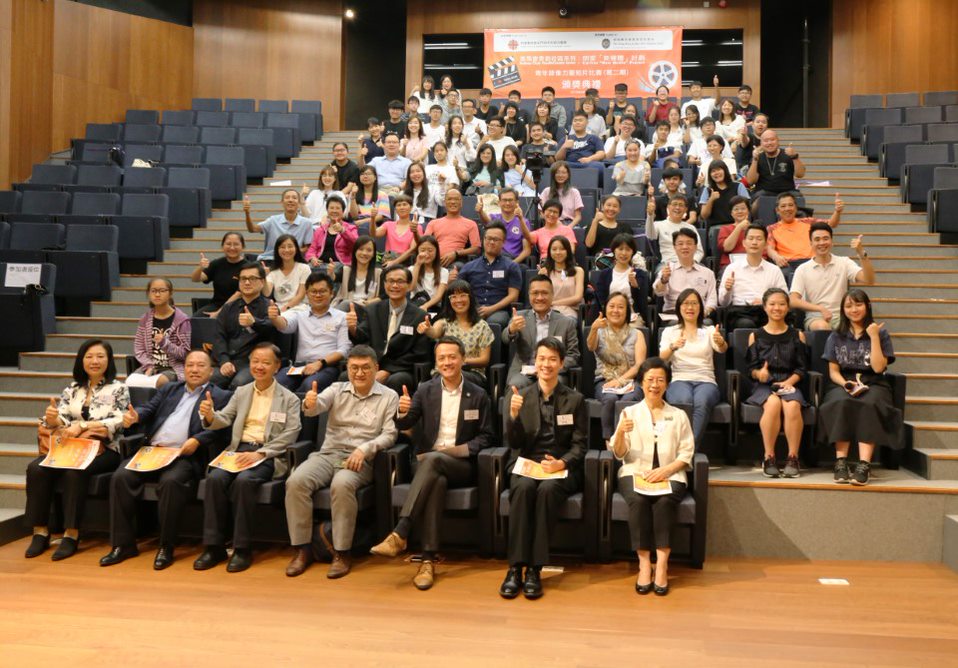 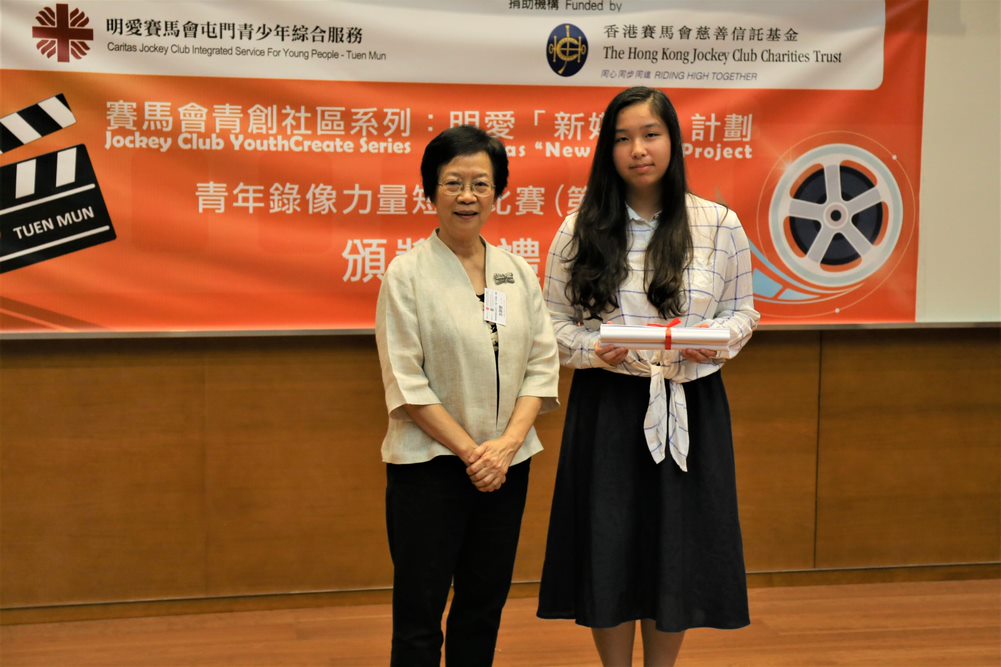 Vice President Ms Brenda Ku presents award for one of the winners. 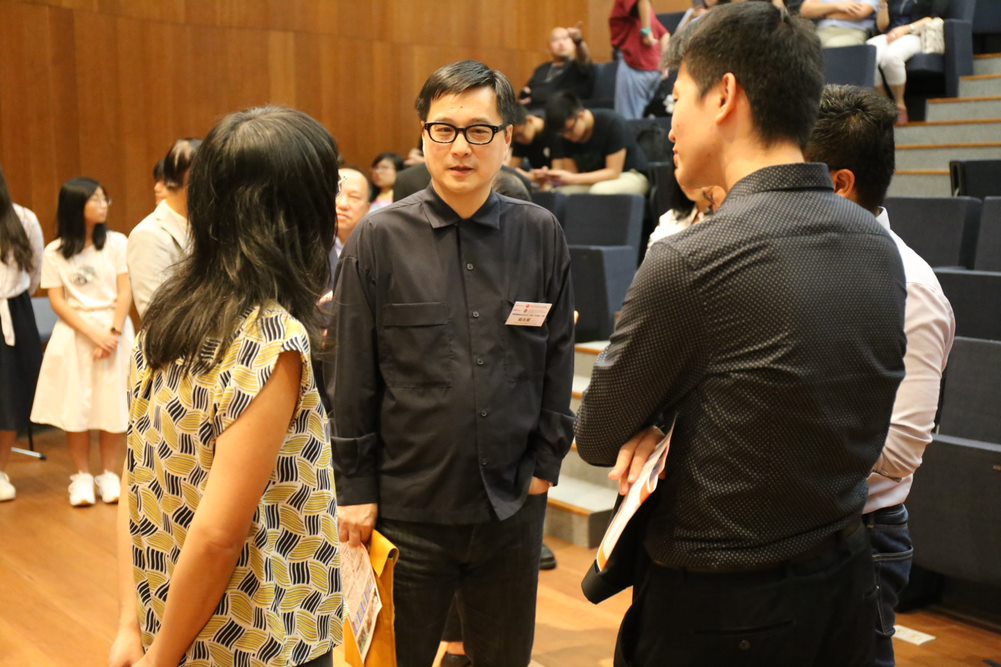 Mr Wallace So (middle) is one of the judging panelists. 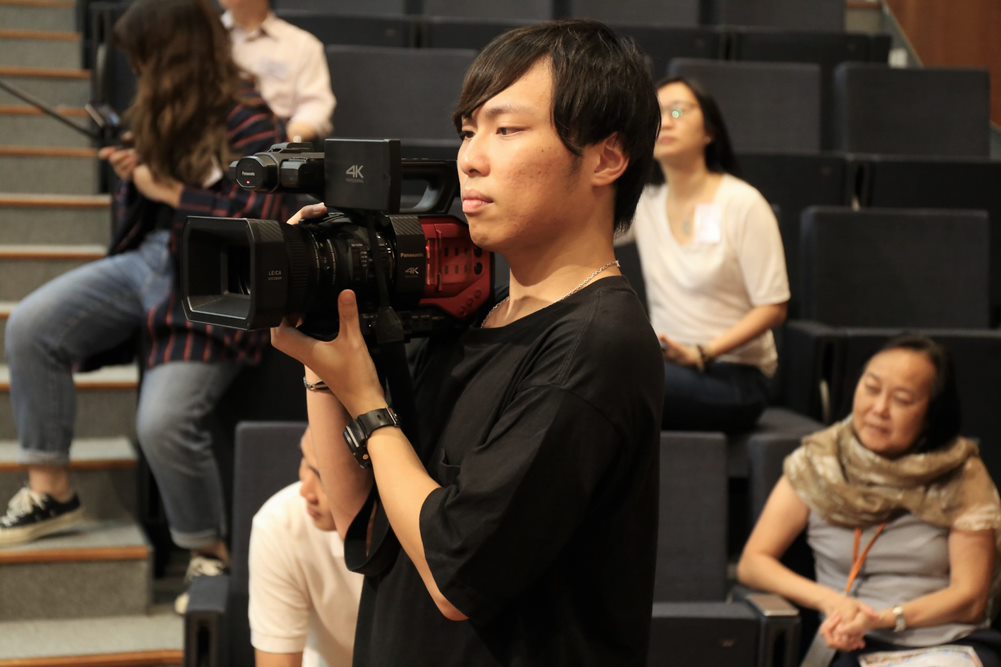 JCC student Chow Hin Pak (middle) is one of the ‘Litter Tutors’ who help the participating students undertake production works. 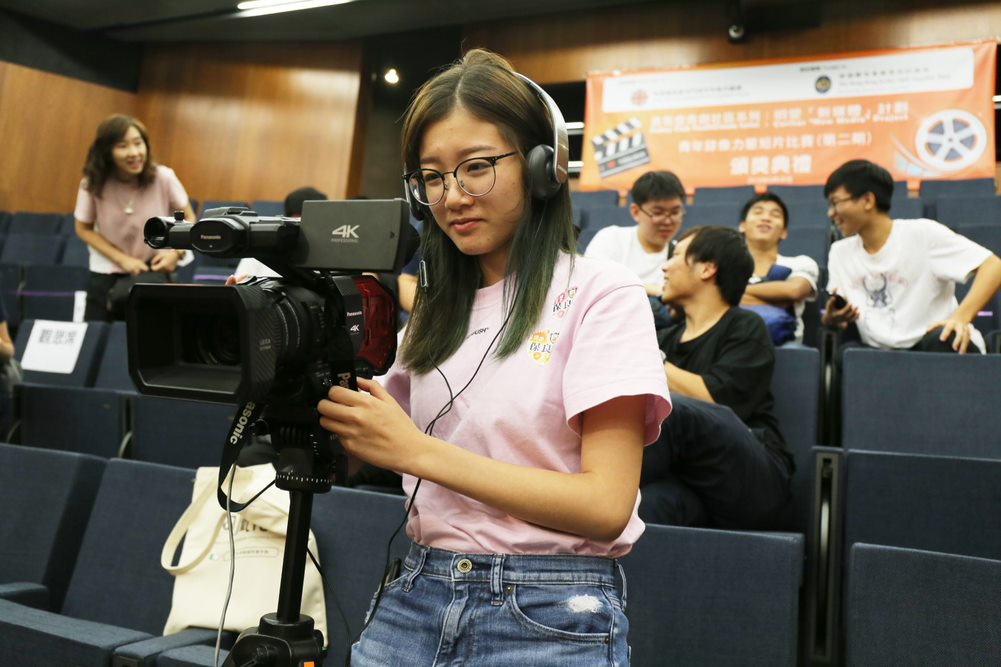 Yu Ying Ying, a ‘Little Tutor’, thanks Caritas offering a precious opportunity for her and she works, learns and grows during the mission.