A local Chinese newspaper AM730 reported that a team of our graduates nominated by the Communication and Crossmedia Programme (JCC / JUPAS Code: JSSC04) has been selected to be one of the last five finalists for the 6th CreateHK’s First Feature Film Initiative (FFFI) competition (the Higher Education Institution Group).

The report said Mr Leung Tak Man, Programme Director of JCC programme, explained it was a groundbreaking collaborative effort as the competition is keen.

The FFFI competition is divided into the Higher Education Institution Group (HEIG) and the Professional Group (PG), each with a maximum of three prizes. The winning teams of the HEIG and the PG will be awarded a maximum of $5 million and $8 million respectively from the Film Development Fund (FDF) to make their first feature films.

Mr Leung revealed that the JCC programme has been accredited as one of the SSSDP honours degree programme which offers 30 places for DSE students. He added that more than 2,000 students have applied until last December. 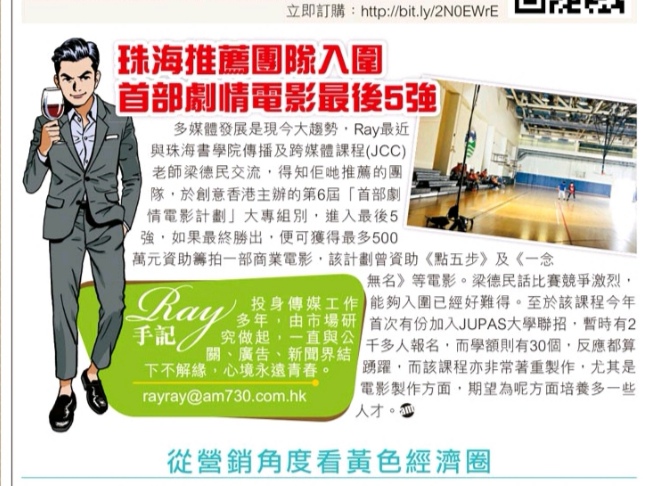